Onward with the script catch-up on Harry Potter from the Really Like This Book podcasts! Book 6, Harry Potter and the Half-Blood Prince, begins with Dumbledore coming to fetch Harry from the Dursleys, and seeing for himself how awful Harry’s life is there. We see that Dumbledore’s opinions are the standard for normal human relations: he remarks on the Dursleys’ failure in normal social courtesies, and his influence on Dudley – the last time Harry sees his cousin – is remarkable. It opens the door for the what-might-have-been of their relationship, so I’m now wondering what happened afterwards, when the series ended. Did Dudley and Harry ever have to have anything to do with each other again?

So, off Dumbledore and Harry go, to visit the new Defence Against the Dark Arts teacher, Horace Slughorn. Slughorn represents networking oneupmanship and namedropping. His little parties and gatherings for favoured students are a rather sad imitation of the brief meetings that Lupin used to have with Harry, or with Hermione and Ron at Hagrid’s hut. They show the students learning to negotiate adult entrapments of flattery – rather like what Rita Skeeter tried on Harry – by being encouraged to use their less admirable characteristics. And we also see that not being selected by Slughorn breeds jealousy, which makes sense coming from a Slytherin teacher. Slughorn’s parties are an excellent lesson in how deviousness can manipulate human nature. I do like it that Slughorn is not a bad person, he’s just … Slytherin, a beautifully nuanced character that shows what proper straightforward Slytherin should be, unlike Snape. 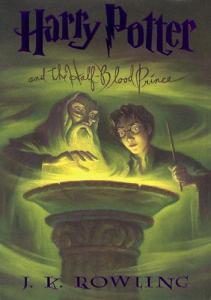 The teenage hormones are still going strong at Hogwarts, and this is the novel in which Harry finally, FINALLY realises that Ginny is The One. She’s a tremendous character in this novel, all fire and accurate determination, and not a drip, like Cho. I was very happy that Tonks finally made Lupin see sense about him not being too old and too much of a werewolf to marry her. He’s far too noble, and far too crushed by being an outcast, so he really needed to be told to snap out of it.  Heaven knows we need some cheerfulness in this novel, so much dark stuff is coming up. The tensions around Bill and Fleur’s impending wedding are very enjoyable, and made me wonder – as did the funeral at the end – how Rowling managed to do away with the human need for religion in these novels. There is no god of any kind, since magic is not a religion. There is no paganism, no nature-worship, no sense that a supernatural being or beings are interfering with human affairs. In The Half-Blood Prince Hermione and Ron occasionally say ‘oh my God’, but these outbursts are very rare. They make sense coming from Hermione, but not from thoroughly wizarding Ron, unless he’s borrowing Dean Thomas’s vocabulary. So without religion, what does the wizarding world have as a deity replacement? When we visit Godric’s Hollow in the Deathly Hallows we see that wizards live in a Muggle village that has a church, and Christmas carols are known to wizards as much as they are to Muggles: Sirius was singing them in the Order of the Phoenix, and Christmas happens to wizards all the way through the series. So are wizards Christian? Or Muslim? Was Viktor Krum, a Bulgarian, Russian Orthodox? There’s no reason why they shouldn’t be, in the novels, but very wisely Rowling doesn’t even go there, because the answer doesn’t affect the story.

The elephant in the room for this novel is – and please do stop reading now if you really don’t want a spoiler – that Dumbledore is killed by Snape. We don’t see it coming, although in hindsight of course we do, but when it happens, it is, oddly reassuringly, a planned operation: Dumbledore wants Snape to do it. And of course we are all going ‘WHAT? Why did Dumbledore want him to do it?’ This need to understand takes away the grief some readers might feel, since Dumbledore, though a bit less perfect by now than he was at the beginning of the series, is a much-loved character. The suggestion that his killing was a plan, it was meant, also suggests that it might not be real, that he might come back. And of course he does, in the way that all Headmasters don’t ever go away. But the effect of Dumbledore’s death on Harry is to set him free from being told what to do, and to force him to think for himself and work out the torturous clues that have been planted throughout this novel, and in some of the earlier ones. The Half-Blood Prince is the first time we begin to see the results of the colossal planning that Rowling did to structure her series, an immense job of joined-up plotting.

However, there are some wobbly bits. The business with the cave and the locket and the zombie-Inferi in the water, all that seems rather pointless. The importance of this episode is pointed out several times in this novel and in the Deathly Hallows, so obviously it’s a crucial moment, but somehow its positioning in this novel, or the way it’s told, does not produce a bang. It feels like a distraction.

Similarly, the Draco Malfoy subplot, and his mission from Voldemort, is under-handled. Rowling’s purpose in making Malfoy a Death-Eater is important for what he and his family do and are at the end of the Deathly Hallows, so it’s necessary to lay the trail heavily here. Malfoy, who may be good at magic but is otherwise a cowardly and unimpressive individual, is taken on by Voldemort, not as one of his seriously powerful dark wizard henchpersons, but as the kind of expendable victim that he gets through so fast. Malfoy was his disposable tool, since he is worthless in most other ways, and is needed to keep Lucius and Narcissa Malfoy more closely bound to Voldemort’s cause. That would make sense for Rowling’s plot purposes, but not for Voldemort’s plan for world domination. At the end of the Deathly Hallows, the next and last novel, the Malfoys represent the power of love being present even in the most horrible of personalities, so, in The Half-Blood Prince, we need to have the situation established that will prove their love. It must also show how vile Voldemort is that he will manipulate them and exploit them for that love. Draco is a tool to be corrupted, but the problem at this point in the series is that we simply don’t understand how he could have been accepted by Voldemort, and so his mission seems implausible, in terms of how people behave. 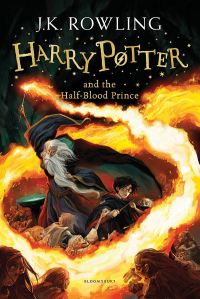 The episode in which Snape agrees to make the Unbreakable Vow for Narcissa, on the other hand, is a genius bit of plotting, which we only understand at the very end of the Deathly Hallows. Here is the logic: (1) making the Vow to Narcissa, that he will take over Draco’s task if Draco can’t do it, doesn’t put Snape in any danger, since he has already agreed with Dumbledore that he will kill him before the cursed ring has its effect. So he doesn’t lose anything by making the Vow. (2) The act of making the Vow reinforces his commitment to the Death-Eaters as far as Bellatrix is concerned, and possibly also for Voldemort. (3) It puts Narcissa and Lucius in his debt – always a useful thing. (4) I think the most important thing about the Vow is that it shows the reader that Narcissa, although not at all a sympathetic character heretofore, is a mother who loves her son, and I mean really loves him. She doesn’t love him for the chances she will gain through him, or for the glory he will achieve, which you might expect from a Slytherin. She love Draco for himself and for his safety, and that is a remarkable bit of character writing.

I was horribly confused by the Horcruxes. Rowling’s plotting went into overdrive here, because – again – she really needed the whole principle of the Horcruxes to be understood by the readers in this novel, in preparation for the Deathly Hallows. Harry works so hard at these puzzles, but, I have to say, he is not the wizarding world’s most deep thinker. He is superb on intuition, and good at making connections out of nowhere, but he is rubbish at deduction, perseverance, logic, and avoiding distraction. I do like Harry very much, he’s a very engaging character and a pleasure to follow through these adventures, but he doesn’t THINK as much as FEEL. He is a brilliant empath, and so we all love him, but my goodness he is irritating when he doesn’t understand how to work out complicated puzzles set up by the most brilliant wizards of the century. Watching his struggles makes us feel for him even more: another fine piece of readerly manipulation by J K Rowling.

Next time, book 7: Harry Potter and the Deathly Hallows.