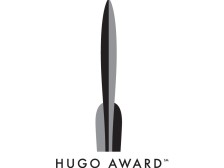 The 2016 Hugo Awards were announced last night, and I am SO PLEASED that N K Jemisin’s The Fifth Season won the category of Best Novel. It is groundbreaking, superb, a work of utterly readable literary invention that I am proud to have reviewed, here. Ann Leckie’s Ancillary Mercy was one of the five other shortlisted novels, also reviewed by me, here.

I’m also DELIGHTED that the excellent anthology of essays and letters by and about James Tiptree jr, Letters to Tiptree won the Alfie for Best Related Work, again reviewed earlier this year with enthusiasm by me here.

The Alfies were created by George R R Martin in 2015 as a way to get around the tedious and mean-spirited hijacking of the Hugos by mass block-voting from single-interest groups, rather than the democratic process the voting ought to be. The 2016 Alfies were awarded informally after the Hugo Awards last night. Since the Alfies are not, yet, official, Twitter alerted me with many squeees! that Letters to Tiptree had won an award, and Ann Leckie confirmed it, so I’ll take her testimony as the bottom line in lieu of an official list.