We’re well past the Labour victory in the post-war general election now, heading towards a Conservative revival in 1951. Notable Conservative novelist Angela Thirkell wrote about this period of British history with loathing and resentment. John Lehmann writes about it in his Foreword to this issue in terms of a strong desire to earn a great deal of ready cash in the USA, ‘where money comes easily and in vast amounts, where the meanest poet or novelist can satisfy his utmost material cravings, where peace and contentment will lap him round during his mortal life’. No women invited, then. Plus ça change. Lehmann had been visiting the USA and had returned still thrilling to memories of shops full of unrationed food and clothing, and the vast salaries paid to writers.

His selection of fiction, poetry, essays and art this issue feels more lavish, more emotionally expansive than earlier issues have been.

Anthony Thorne’s ‘Dark red chrysanthemum’ is comic and cruel, relating the unexpected visit of a couple to a widow who has long since lost any interest in keeping up her late husband’s acquaintances. Mr and Mrs Bore, as she calls them (because she is too engrossed in  her conversation with the gardener to bother to notice their names) don’t know much about her life, and she is determined not to tell them anything because of the misery that lies beneath. But we learn a great deal, through evasion, silent raging, and the power of upper-class social codes that may not be broken.

J F Powers’ ‘The Forks’ is another story of American priestly life (he had one in issue 33), with extra bile. Monsignor is the bully of the priestly house, and Father Eudex, a humble curate, has views that do not correspond with Monsignor’s ideas about correct priestly behaviour, and his table manners are not what Monsignor expects to see. And then there are the cars: Monsignor has an expensive one that he venerates more than the viaticum, and does not approve of Father Eudex’s choice of a Ford.

Walter Allen discourses on V S Pritchett, who is ‘at the centre of one of the enduring traditions of English life and literature … with George Orwell and Joyce Cary is its foremost living representative’. This androcentric attitude shaped the formal study and canonisation of English literature for generations in the UK, and it makes my blood boil. SO MANY authors ignored by the self-appointed tastemakers. But for all that, Pritchett does seem worth revisiting, as the successor to Arnold Bennett. Graham Greene would be creeping up on him.

I love these wild oil paintings by Renato Guttuso.

And these Paul Klees are so delicate and intricate, I can forgive the lack of colour. 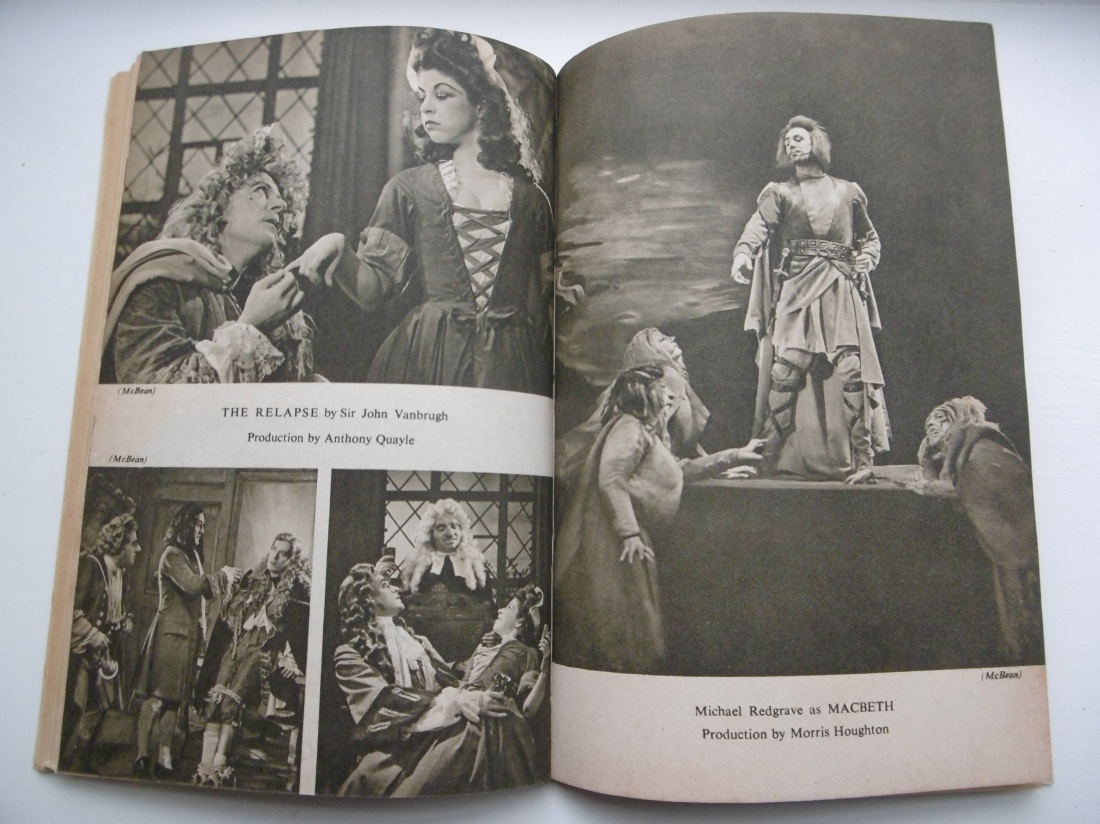 Angus McBean photographed Anthony Quayle’s production of Paul Scofield and Madge Elliott in Vanbrugh’s The Relapse at the Old Vic. And Michael Redgrave played Macbeth in a really bad wig.

As is now becoming habitual, I prefer the essays and stories in ‘The Living Moment’ section at the end. They’re often the best pieces in the magazine. Here, Christopher Isherwood’s account of ‘Sailing up the Magdalena River’ is perfect snarky travel writing, in unsavoury conditions. John Atkins’ story ‘The Deserter’ is a compelling bit of fiction-verité, demobbery, desertery, and yet more horrible male attitudes to women. But great writing.