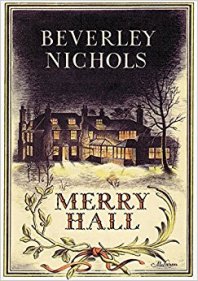 I must be one of the last people among the middlebrow fanciers to have read Beverley Nichols. He is perfect bedtime reading: light, frivolous, witty, of an earlier period so there won’t be anything nasty in the woodshed, and unexpectedly moving. I first noticed his existence in a delightfully poisonous parody in Leonard Russell’s immortal Parody Party (1936), and thought ‘gardens’, ‘camp’, ‘prissy’. Fool that I was: he is so much better than all that shoved together.

I found three of his memoir-novels in the Oxfam bookshop off New Oxford Street in London, one with a shabby but intact dust-wrapper with gloriously 1950s spindly pen-and-ink illustrations. After reading them, I was consumed with curiosity about his real life, rather than just his memorialised life, and I found some of his journalism in collected volumes in the library. I gobbled them up too, but with diminishing speed. As an ingénue celebrity journalist in the 1920s Nichols was waspish before his years, and he rather traded on the success of Twenty-Five (1926), a very good collection of brief but perceptive celebrity puff pieces, with Are They The Same At Home (1927) which is twice the length and half the fun.

I will begin with Merry Hall (1951). It is immediately after the war, and Nichols is looking for a new home because his former home in London has been bombed flat. He suppresses the pathos of losing all his belongings because many of his original readers would have suffered the same: it doesn’t do to complain when others are worse off. He seems to have money, at least, and drives about the Home Counties with and without his valet / cook / housekeeper / manservant Gaskin, looking for the perfect home. But it’s not just the home, it’s the garden. They search and search and nothing is perfect, until an advert in The Times leads them to the perfect ENORMOUS garden with a fairly large dilapidated manor house attached. Sold, with Oldfield, the attached cantankerous, miracle-working gardener, all found.

The Merry Hall trilogy (it was followed by Laughter on the Stairs, 1953, and Sunlight on the Lawn, 1956) is about the garden. Nichols is at his best when arguing and negotiating with Oldfield and Gaskin about what to put in his garden, how to nurture it, and what to scour the countryside for to suit the garden’s haughty and aristocratic tastes. The heavy horticulture is inspirational, though I have no intention of following any of his advice because it’s all rather lavish. It could also all be completely invented: one simply has no idea.

When Nichols is not rhapsodising about his lilies and the massive garden ornamentation he brings in to properly set off a simple patch of something pinkish and Latinate, he is fighting viciously with the neighbours. No memoir works without people to animate the setting, or to amuse the reader with their quaint ways. I have no idea whether the awful maiden ladies among whom Nichols spends the 1940s and 1950s actually existed, but in these memoirs they are rather too obviously modelled on Mapp and Lucia. Their battles are epic, and Nichols’ solutions in the interests of community harmony and natural justice are unscrupulous. The loathing he feels for these ladies among whom he is trapped is unexpected. His allies are even fiercer, and by the third book there is detectable misogyny: he must have been feeling the strain of a limited circle.

He is such a kind and gentle soul, I was taken aback by the reserves of vitriol he was able to summon. Or perhaps this was invented too: in such an artificial construct as these memoirs, which are as much about reinforcing the Nichols persona as about amusing his readers, nothing can be assumed to be real. I rather liked the way he simply doesn’t care about being charming and funny all the time: it’s refreshing to read about grumpy camp behaviour, well sharpened. 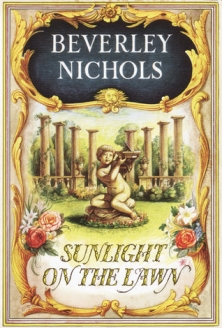 The anecdotes about restoring the house have less urgency than those about the garden and its plants. Nichols will spend a chapter describing how a certain aspect or prospect was achieved by the placing of tons of stone and planting hundreds of bulbs, all to create a vista that will only be perfection in a certain aspect of a season. Whole rooms are restored and furnished in half the time, with half the attention. There is much rushing about with watering cans, and stern advice given about setting the watering water to warm throughout the day. There is arduous piano practice, and great attention paid to the placing of perfect pieces to best advantage, and hide the ragged but expensive carpet. It all costs a vast amount of cash, so Nichols is furiously dashing off books about his garden and house to pay for the next delivery of bulbs and trees, and then he overspends on Chippendale or glass and has to write another book to pay for it all. No wonder he had to move. The Merry Hall trilogy is the second of three sets of three books about his homes and gardens, but I’m not sure that I have the devotion to begin again.

(PS There are also cats. Nichols has a lot of cats, and the books are rather full of them. If you’re interested in that kind of thing.)

12 thoughts on “The shrine of Beverley Nichols: should one worship?”