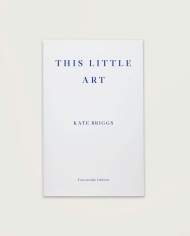 Kate Briggs’ meditation on the art of translation meanders around her experience of translating some lectures given by Roland Barthes in (I think) the 1970s, her deep interest in the translations by Helen Lowe-Porter of Thomas Mann, and the relationship between Andre Gide and his besotted translator Dorothy Bussy. I’m not interested in Barthes, but I am interested in the process of translation, so the sheer volume of Barthes in this book is rather off-putting to the non-Barthesian. Some things that she quotes him saying are relevant, but his work is mostly there as the kicking-off point for Briggs’ own thoughts on what translation is, and why and how she does it. Her empathy for Lowe-Porter stems from the kicking that (female) translator got by the later (male) critics for her inaccuracies and general inadequacies, long after she was dead and unable to defend her methods. Bussy is also an object of sympathy, even though her uncritical adoration of Gide, for all her life, seems a little like self-imposed slavery. Translation is a thankless task, and gets vicious responses from interested parties: no-one knows better than translators that translation is exhausting and never final.

Speaking dragonese is one way of thinking about translation: should you put on a dragon’s accent when reading aloud a dragon’s words in a story? (Especially if the typeface for their words is different from that of other characters’ dialogue.) So is thinking of translation as a speculative version of what was really said. It is a new version, a parallel version, a different but closely related version. ‘There’s something from the outset speculative and, I would say, of the novelistic about the translator’s project’. ‘The translator as an unknown instrument: a tool to be used, a service provider, engaged in undressing and carefully redressing the literary work of art for the purposes of a new market … just let me change the garment of your art’.

She describes a clever exercise in challenging prejudices about translation: giving translation students two texts, one a translation of the other, but with the labels transposed. The original text was thus critiqued dismissively as a poor effort of translation from the translation itself, and when the exchange was revealed, much backtracking ensued. ‘The categories of “original” and “translation” act more like placeholders … names for the positions we put writing in’.

I most enjoyed the stories from Briggs’ own translating life, particularly the episode of trying to identify the haiku that Barthes had translated. He was working from Japanese into French, and she was working from her own mental translation of French into English. She found the original copy of the book that Barthes had used, in the Bibliothèque Nationale, but the haiku – mentioning the flower that Barthes calls a ‘carnation’ – could not be found, until – in exasperation – Briggs let the book’s pages fall open, and there it was, a ‘pink’. From Japanese to French to English, the flower had moved its name from one culture to another.

Translations leave things out as well as add them. Abbé Prévost’s French edition of Pamela reduced the original seven volumes in English to four in French (and French is a wordier language than English). The first English translation of Simone de Beauvoir’s The Second Sex lost 15% of the original. Paul Legault ‘translated’ Emily Dickinson’s poems into single lines, also in English.

Translation is like a winter plum, to be watered by a pale, slender monk; or a peony, to be bathed by a handsome maiden in full costume. Or so Barthes translated from The Book of Tea by Okakura Kakuzō. Each translator gives a different service.

One thought on “This Little Art”