I found this pleasingly hefty but slim volume in The Beaufort Bookshop in Bath, two days after we’d moved (always check out your new city’s second-hand bookshops). I do like old editions of nature books, and have a particular keenness for the post-Second World War period, when rationing could be bypassed by going to the countryside where eggs and butter were made at home. I grew up on my mother’s 1946 edition of Malcolm Saville’s Jane’s Country Year so when I can find that in the unpacking, I’ll write about that too.

Tom Stephenson is the editor of Odhams’ The Countryside Companion, which is a thoroughly egalitarian guide to British country life and practices for those who may be going into it for the first time. He was a journalist and a prominent activist for rights of way, responsible for, among other gifts to humanity, the Pennine Way.  The chapters cover birds, flowers, animals, insects, the seashore, rural architecture, rights of way (naturally), seasonal folklore, how to go camping, stiles and their characteristics, country crafts and how to read a map. The readers are expected to have a serious interest in these subjects, and the influence of the army (even though Stephenson was a former CO) can be seen in the brisk and careful instructions on digging a latrine and how to interpret contour lines.

I enjoyed the camping and caravaning chapter most (most of my childhood summer holidays were spent in a caravan on the Moray Firth), because the photographs confirm that caravan interior design didn’t change much between the 1940s and the 1970s. Women are photographed mainly in interior, civilised domestic settings, while the men are climbing stiles and shaving in buckets.

Some of the nature essays had puzzling remarks; were hedgehogs really routinely persecuted by gamekeepers and gardeners? The line drawings are gorgeous, my favourite being the tree recognition pictures, with fruit and flower and leaf beside the tree’s full-grown silhouette.

The nature photos contain more images of predation than we’re used to today, illustrating the food chain and also reflecting the greater likelihood of the reader knowing what a young rat looks like, in or out of the grip of an owl. 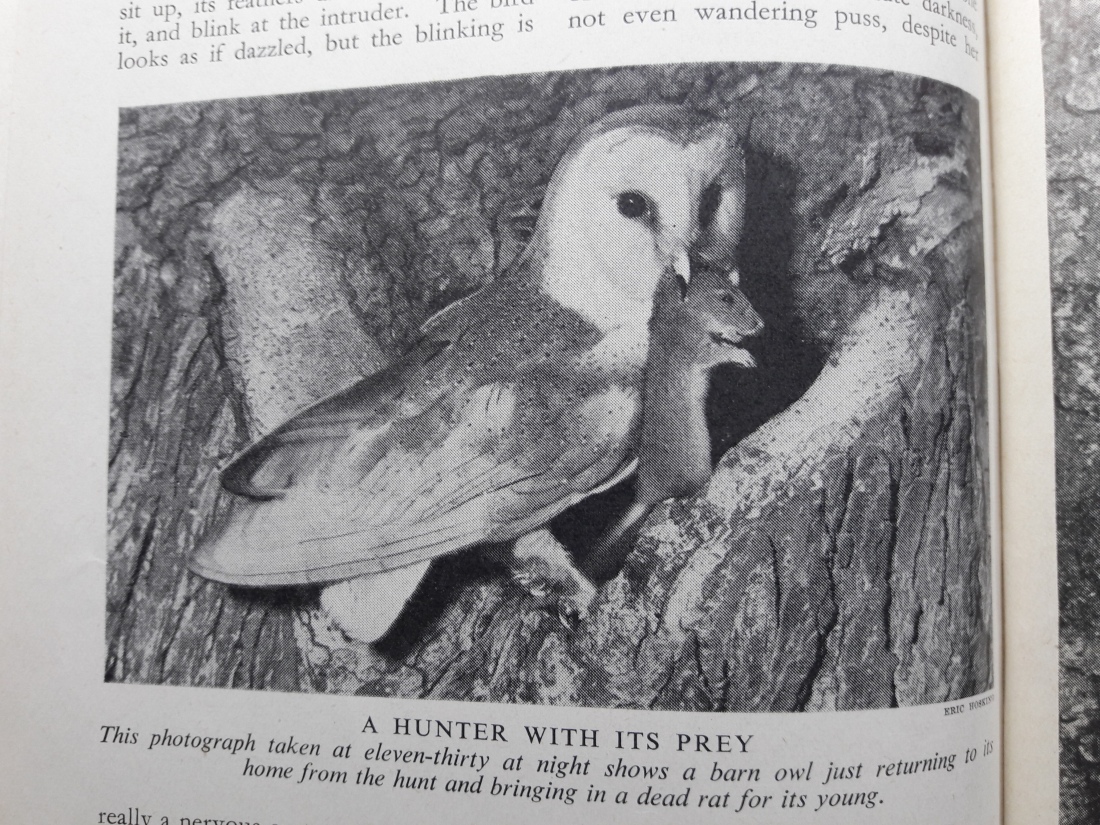 I’ve tried wildflower identification using this book’s assistance, and it still works, even if the photographs are in black and white.

My inner social historian was most delighted by this photograph of a 1940s youth hostel (tweeds, open-necked shirts, horn-rimmed glasses, the clustering women in ladylike coats and skirts surrounded by manly confidence), with the man leaning in to the conversation from which he is clearly excluded, perhaps by his beard, an anomaly in the late 1940s unless you were in the navy, or politically Left.  Or perhaps it was the shorts?

One thought on “The Countryside Companion”