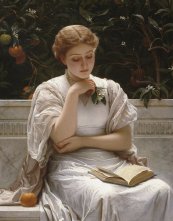 These are the book review posts that received the most views in 2019, and frankly I’m surprised. The home page is excluded from the count because it got more than eight times the views of the next contender, and is clearly just the casual browsing jump-off point. All these posts date from before 2019, so they have maturation value. (They’ve been around longer so have collected more readers.) From no. 10, here are your favourites from this year.

OK, so I appear to be a resource for desperate essay-writers. But I’m pleased about this. I loved teaching Paradise Lost, and had a lot to say about the epic simile, and why Milton characterised women as Sin, Death, etc. Viewings across the years peak each October, so I assume that epic poetry essay assignments were given out around then. Students: do also look in your institution’s library for Milton talk.

9: Gene Wolfe’s The Shadow of the Torturer

Wolfe died in April 2019, so a lot of people rushed to read about him in April, May and June. This post was about his most famous novel, so it got the viewings for that as well. The Wolfe fandom is strong, but the sheer number of viewers for this post makes me think that it’s been put on a list somewhere to continually funnel readers my way.

Lady Susan was filmed and released as Love and Friendship in 2016, so that would have brought many viewers to this post. The magic phrases ‘sexual politics’ and ‘Jane Austen’ could well have attracted a flood from browser traffic. But still: this was a surprise. This novel is one of Austen’s least famous, and until the film was probably not known by non-Janeite readers. Unless – the stats show that February, March and May were the peak months for viewing figures – it was an essay topic? Or on cable circulation then?

7: Ernest Hemingway’s Islands in the Stream

I would have bet that this was another essay assignment that needed boosting, but the stats don’t bear this out. This is so not one of the Hemingway novels you’d list if asked on the street, yet the vast numbers of viewers looking at this post steadily throughout the year must just have been interested in it. Or perhaps there isn’t much else available on it online. Mysterious.

Really? Of course! You all want to know about the many books I’ve written myself and have edited to showcase the work of other scholars! (No, not really. A great many people clicked on this page to see what on earth I could possibly have written and then clicked rapidly off elsewhere.)

Another essay topic, another flood of desperate readers, particularly in the spring term this year. There can be no other reason for the big numbers for this post, on this book.

This is more like it: a genuinely loved author being looked up by the increasing numbers of forgotten fiction fans. And there isn’t much about her online, or a literary society to collect fans together, so posts like this are popular for their rarity. There were big viewing peaks in March and June this year: why?

Blush.  Steadily high viewing numbers show that you were checking up on who I was all through the year, so that’s a bit scrutinising.

2: Working is Good for You. Louisa May Alcott’s An Old-Fashioned Girl

Yay! I still love this novel, and I think this post was pretty much the only thing online discussing it for a very long time. The post was also picked up and boosted by Alcott fans: its peak months were in November and December this year, when Greta Gerwig’s film of Alcott’s Little Women was trending. I’m pleased and not surprised that this post gets a lot of love.

But, here is the big reveal, the big surprise, the truly ridiculous affirmation that the most popular thing I have ever posted is ….

1: The Faerie Queene, by Edmund Spenser

Should I give up publishing and just go back to teaching the epic poem?

Peak viewings for this began in July, increased in August and peaked in September this year, which is a bit boggling, since that doesn’t coincide with western teaching terms at all. Perhaps the Open University, which used to run courses over the summer, have cited this post somewhere as a resource (they did this recently with my post on The Custom of the Country). Either way, if you, the wonderful reading public, wish to avail yourself in mighty numbers of my Renaissance poetry wisdom, please do carry on.

A Happy New Year to you all.